I’m typically wary of “personality” tests, and the whole subset of the people management / “human resources” space that’s heavily invested in them. Speaking from my own experience, the personality that others notice in me has changed substantially over the last few years. Any assessments that claim to see into a steady inner core, therefore, get a skeptical look.

On the other hand, I see a lot of benefit in assessing the way I’m used to interacting with people, particularly at work. Although they’re inevitably oversimplified, shared frameworks help me focus on one or two things I can change about myself and others.

On which note: I recently learned about a framework that taught me something. It’s commonly called DISC, although I prefer the variant called DOPE, and it describes people in terms of four core characteristics, which are portrayed through avian avatars. As a manager, this gives me a mental picture to guide me in checking in with my whole team, and making sure everyone has what they need to be successful.

Doves are patient and accommodating – they represent “Steady” in the DISC grouping. 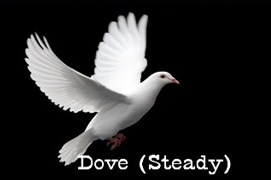 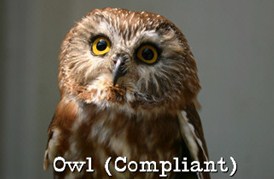 Peacocks are outgoing and enthusiastic, and show up as “Influential” in DISC. 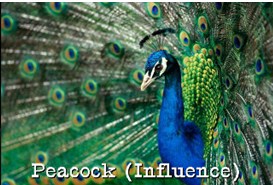 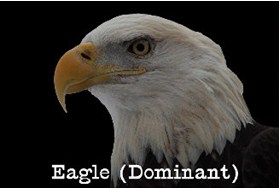 Eagles, firm and direct, are the “Dominant” in DISC.

Of course, the idea that these are immutable personality types doesn’t sit well with me, but I’m perfectly willing to believe that these groupings reflect important values that shine through in our daily behavior. A diverse balance of all these behaviors are important in any organization for success – we need steadiness and encouragement; communication and influencing; conscientious following-up; and decisions being made.

Many if not most of us are culturally conditioned to pay attention to and give credit for success to those who tell us so firmly – those who display “Eagle” behaviors. The most telling thing I read about this is the bald statement that “Eagles are natural achievers.”

So I ask everyone to think hard about how they’re expressing themselves (Richard Step’s personality quiz is one way to get a handle on it) and:

Particularly for managers, I suggest some techniques I’ve used to make sure my team is appreciated for what they bring:

As an example of how pervasive this way of thinking can be, when I was recently looking through startup job postings for template material (imitation is the sincerest form of flattery, after all), I found the phrase "low-ego" used widely. Does that mean that the team includes lots of Doves, and its culture won't mix well with ego-driven behaviors? Or, less charitably, does it mean the managers are Eagles, and are looking for people who won't speak up when credit for their work is claimed by others?